When we first moved to Melbourne, I was expecting to immediately fall in love with the city. In my head, it would be really easy to find a job and when this didn’t happen straight away, along with a couple of other things, like on our first week here when we got fined twice on the tram, I felt like somehow the city was against me…

BUT I now have a job which I’m really enjoying, and this means that with a bit of income, we’ve been able to do a lot more exploring, we’ve settled in a little flat right in the CBD, and I feel like only now am I discovering the city properly and I have to say I do really see the attraction and could imagine having a little life here…

So out of all the exciting things I’ve been up to recently, here are my top 10 things to do in what’s voted the ‘most liveable city in the world’…

It is literally the city that never sleeps! Make the most of the local events and attractions which are constantly going on and grab some tickets, whether that be to one of the musicals (the Lion King & Dirty Dancing at the moment), the Cirque du Soleil, the Comedy Festival on this month with comedians coming in from all around the country and the world, as well as local ones, or any of the sporting events such as the Grand Prix a few weeks ago, the Australian Open or one of the famous AFL games (on my list of things to do before we leave)!

And if you’re on a budget like I am, there’s also loads of free events, like White Night a couple of months ago, where from 7pm till 7am on a Saturday night the city was transformed into a night of cultural, musical and film events taking place on every street. There were light projections onto the buildings and the sky, bands playing in the street, films playing at outdoor cinemas and everything else you could think of – the atmosphere was amazing!

Last month it was Chinese New Year which had parades through the streets of Chinatown and Asian stalls at the Queen Vic night market, there was St Kilda Festival, there were Bank Holiday fireworks over the river at Southbank…I thought this would quieten down a bit since it’s now winter, but it just doesn’t seem to be…

This has been on my list of things to do for a while now and I only actually went for the first time last week! Wander through the green gardens, past lilly-pad ponds and exotic plants – a really nice afternoon escape from the concrete jungle of the city…and the best thing about it? – it’s free!! 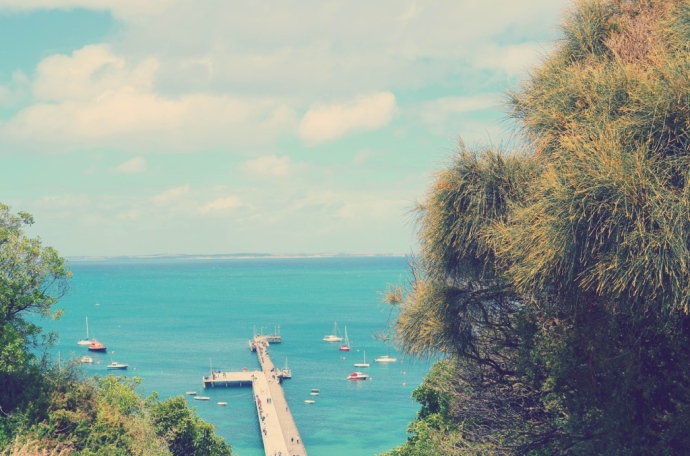 Again literally just outside of the city, but still close enough to be within the city of Melbourne range is the gorgeous Mornington Peninsula – mainly known for its wineries, breweries, cider farms and local food produce shops, but there’s also beautiful beaches and Arthurs Platform which make for good stopover points throughout the day. Definitely need a car for this! 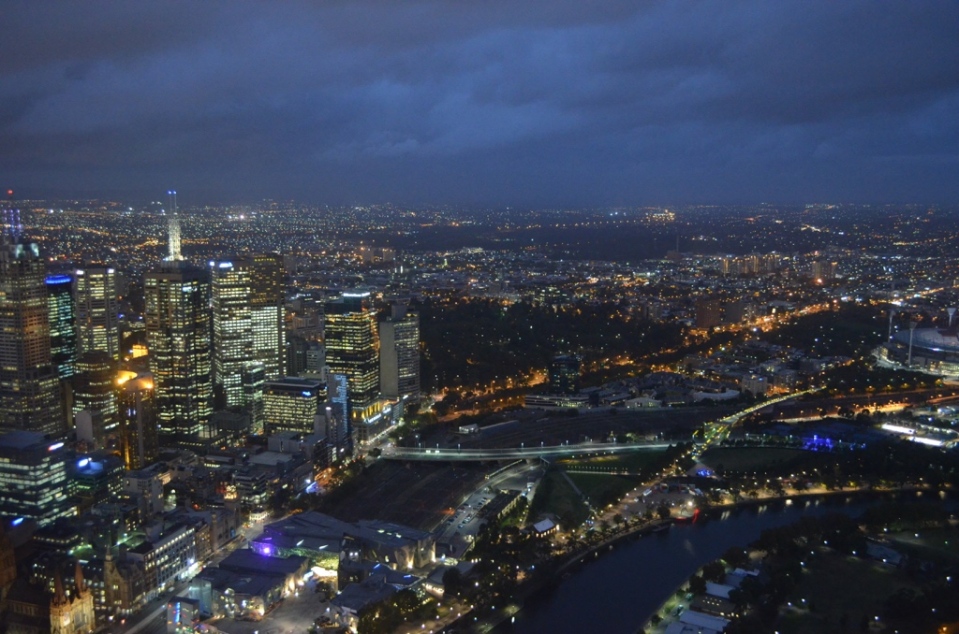 Take in the amazing panoramic views of the city from the highest viewing platform in the southern hemisphere! We went at night-time as I love seeing a city all lit up in the dark – but I’ve seen pictures in the daytime and it is stunning too! A single ticket is $19, but you can get a ‘Sun & Stars’ combo ticket for $25 for one daytime viewing and one at night, which I’m now thinking is definitely worth it and wish we’d gone for that!

Australia is known as a bit of a food/coffee snob nation – and Melbourne is renowned for this especially! But it definitely lives up to the hype! There are SO many cool places to eat and drink I don’t think I’m going to be able to sample them all in the 6 or 7 months that I’m here! It’s not the cheapest city to eat out in – especially on a backpacker’s budget – but it is worth it for the odd special occasion or spontaneous dinner out! For brunch, Seven Seeds is a must! It was recommended to me by my two Melbourne friends – I’ve been twice since I discovered it two weeks ago and definitely planning on sampling most of the menu, which includes smashed avocado and poached eggs on sourdoughm brioche pulled pork buns and caramelised onion and mushrooms on toast to name a few!

Also in my opinion, one of the best areas to eat or drink in general is just off Flinders Street, where you’ll find a web of narrow backstreets with small edgy cafes, Italian restaurants, Asian noodle bars, wine bars and pubs, all with al fresco dining and a really great, buzzing atmosphere – definitely worth a visit!

And not to mention Chinatown – just so many different options here – some are on my list to try as they always have massive queues outside and I’ve fallen in love with Asian food since coming away and after our 6 weeks in Asia!

Including Chinatown, the city has several different ethnic neighbourhoods…we live just up the road from the Greek Precinct, there’s an Italian quarter, an Arab street and probably much more that I don’t know about yet! Try and sample a bit of food from each – it’s probably the most multicultural city I’ve ever been to.

I know I mentioned it in my last post…I think I had only been once at this point – but three months in and I still can’t get enough of it! So the night markets are no longer on, as they were just for the summer months, so no more drinking sangria in the dark and listening to live music out amongst the stalls, but it’s still great to pick up a bit of fresh fruit, veg and meat, or just for a wander around – a change from the city streets. 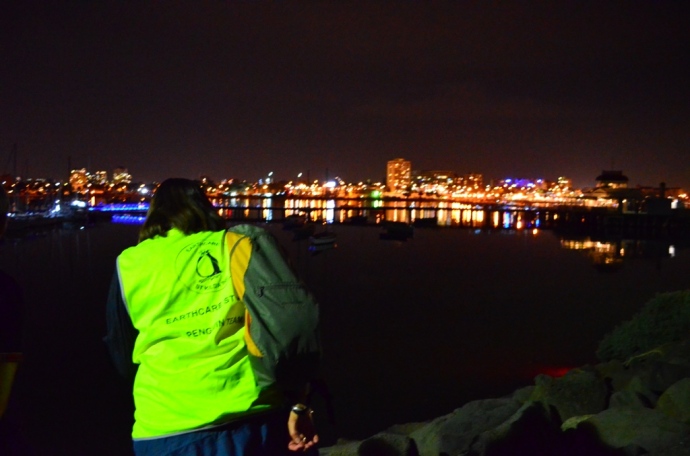 So a couple of weeks ago on one of my days off, we had one of the nicest – and probably one of the most unusual – evenings yet. After a nice stroll along the beach, we wandered down the St Kilda pier in search of a penguin parade!

I thought we’d be lucky to see any at all but we ended uo seeing about 5 of the babies in total, lit up from the red torches of the volunteers on the pier and hopping around on the rocks, back from their night-time feed further out in the water! Definitely worth an evening out of your time here and beats paying $100 for a day trip to Phillip Island where it’s renowned for penguin spotting (although I’m not going to lie, it’s also on my list to do that too…!)

Only an hour away from Melbourne city is one of the stunning natural wonders of Australia, the Great Ocean Road! Take it as slow as you like – you can do it in a day or you can do it in 4, it depends how many viewing platforms and stopovers you want to do and how many nights you want to take out of your trip! But rent a car and see its beauty for yourself…