So I decided to break up my long journey home from Australia with a State-side stopover in the City of Angels: the one and only Los Angeles, California. It wasn’t my first time visiting: as we’re lucky enough to have a family friend who lives there, I went several times when I was younger as part of our annual summer family holiday. I remember being enthralled by it, and somewhat in awe of everything. It’s interesting because culturally (and obviously in language terms) it’s so much closer to England than most other places I’d travelled to such as the Middle East, the Caribbean, Malaysia etc. – but it was something else which grabbed me.

I specifically remember sitting on the wall of the quirky, chilled seaside promenade of the El Segundo neighbourhood, with the gentle sea just ahead and the Californian sun beating down, watching the beautiful LA people shoot by on their rollerblades, in their skimpy workout gear, headphones in, their dogs running alongside trying to keep up, and the young groups of teenagers who were my age, surfboards and beachwear in hand, heading down to the beach for the day and thinking to myself ‘I really wish I lived here’.

But it’s not just the weather and the beach lifestyle. Even if England had the same year-round warm and sunny climate as California, people wouldn’t suddenly don their posy sportswear and head outside to do their daily workout in public. I think it’s the whole mentality which is completely different.

There really is a sense of ‘want to, can do’ attitude throughout the whole city, a sentiment which I think resonates a lot within the States as a whole. The feeling that if you come to LA, you can be whoever you want to be. And a certain confidence that the UK and lots of other countries just don’t possess. And lots of people do flock to LA – and Hollywood – with the dream of making it big. Of course recently Hollywood and the idea of achieving fame there has become more of a cliché, but there definitely is still a sense of opportunity there that I think really is infectious!

Having said this, some people really don’t like LA. Don’t get me wrong – I really do love the city and could easily see myself living there – but I can understand how it could be viewed as, frankly, a bit ’fake’. Everything you see there is the best version of that thing – whether it’s the huge flagship stores or the beautifully manicured people, everything is giant and huge and ‘happy’. You’ll never go into a shop or a restaurant without receiving the best service possible and without being wished ‘a great day’ when you leave. And it’s actually really nice. Who wouldn’t want that? It’s definitely something you notice, especially if you’re coming from somewhere where that level of attention and service just doesn’t exist. It’s just part of the LA culture…but you sometimes do get the feeling that it can’t all be ‘genuine’. How can everyone be that happy all the time?! 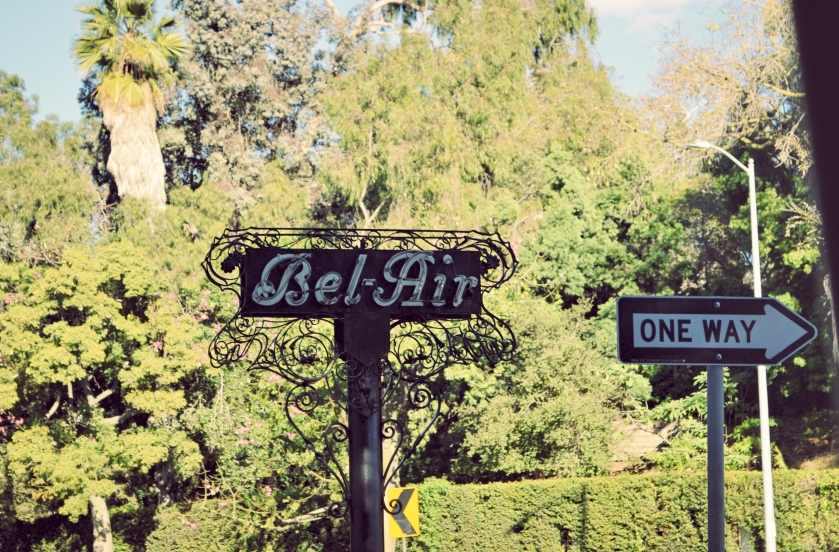 So I spent an incredible few days enjoying the city again at an older age. One of my favourite memories is my last day there, when after having spent the day re-visiting the ultimate tourist trail sites of Hollywood, we stopped off at an iconic Burrito bar (Americans love their Mexican food!) for the final part of my LA experience before heading back to the airport for my flight home. And I remember sitting there in the car munching on my burrito as we drove past all the celebrity homes of Beverly Hills, Sunset Boulevard and the rest and thinking ‘This is the dream – I’ve made it!’ Haha – just joking. But Los Angeles really is a city you can only really ‘get’ once you’ve experienced it.

Anyway, with all this in mind, I settled into my long transatlantic flight back to the homeland and opened Virgin’s in-flight travel magazine to this article. Although in parts pessimistic, the article evoked a really similar sentiment to mine…I won’t share the whole article but here are some of my favourite quotes from it.

Musician Moby calls it ‘a fantastically confused petri dish of an anti-city’ – a place with no centre but, nonetheless, a huge heart. While Los Angeles might be a city people love to hate, it sure does offer a world of possibility.

Los Angeles truly embodies the American Dream, a place where anyone from anywhere can make an impact. The would-be stars, the creatives and those seeking a new start come in droves to America’s second-largest city to form part of an ever-changing cultural tapestry, nurtured by endless sun, low(ish) living costs and a shared ‘just do it’ attitude.

And that there is the city of Los Angeles, an infectious and stimulating mix of constantly shifting cultures and genres, where just showing up opens a myriad of creative opportunities, and working hard makes them blossom. As a visitor seeking the shimmering transience of the ‘real’ LA, your path is simple: throw yourself to the locals, who, more often than not, love to share their part of this beloved anti-city.